OUR STORY COULD BE YOURS TOO

What is Civet Coffee? 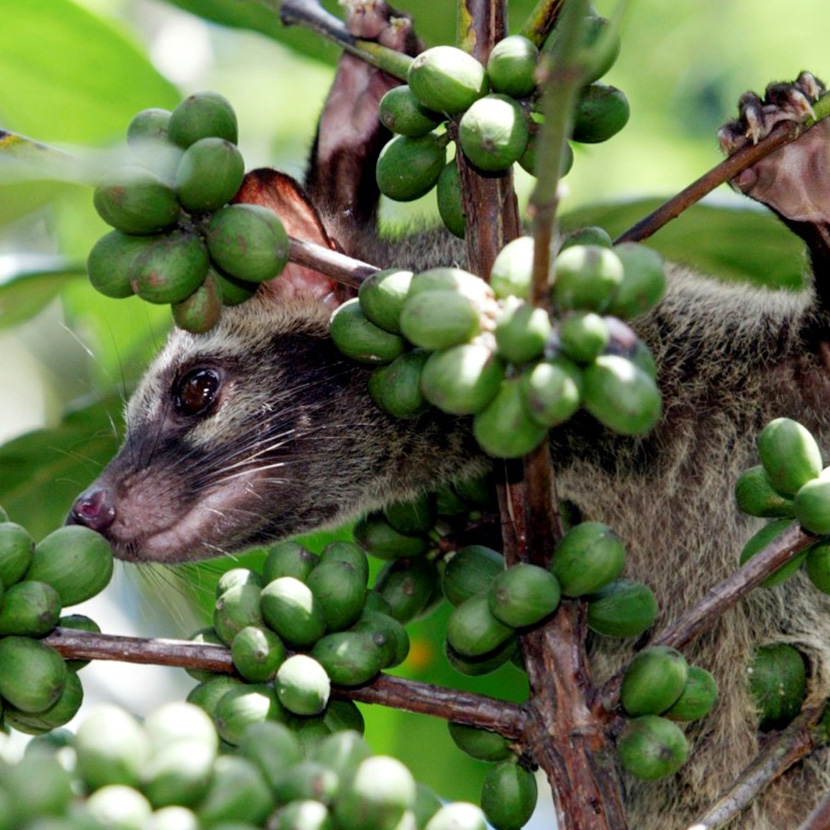 First of all, let me introduce you to the Asian Palm Civet Cat, the root and reason for it all. Scientifically named Paradoxorus Philippinensis and short named Civet Cat (“Alamid” and “Musang” in the Philippines), this night animal dines on fresh coffee berries (or beans), pulpy fruits (and baby chickens when forced to leave the primary forest to seek alternative food sources during the non-coffee season), then lays its waste in the morning.

The result? Coffee beans with no bitter aftertaste and endowed with a fruity scent. An Australian roast master tried to find words to describe this unique flavor, and he came up with “fermented plum and dark chocolate with hazelnuts.”

How intriguing, considering this flavor came from animal waste. Nothing short of miraculous, it seems, for how can dark chocolate and hazelnut flavors come from feces? That’s the miracle of Civet Coffee. 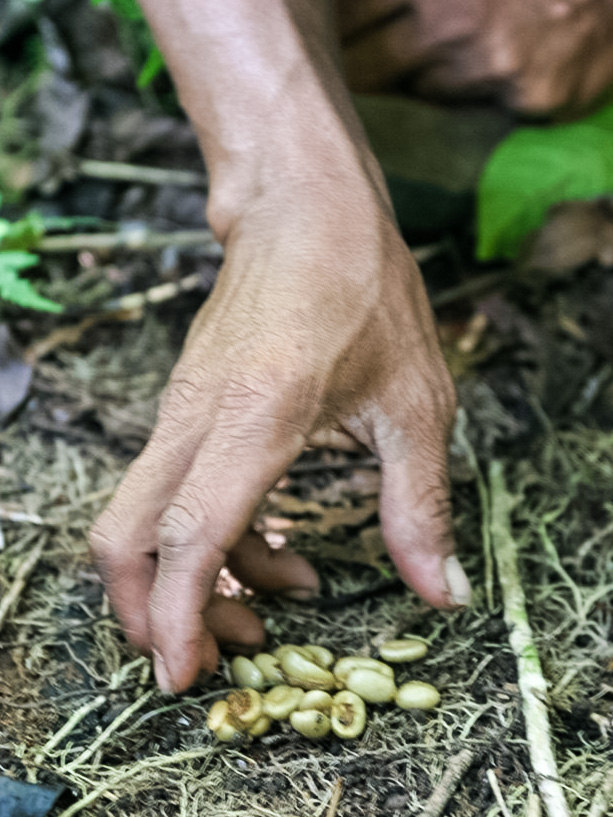 It would be just as interesting to know how it was discovered that an animal’s waste can be processed into beans of a refined and enriched coffee flavor.
As early as the 1800s, Dutch coffee plantation owners in Indonesia drank Civet Coffee which was discovered and enjoyed earlier by their plantation workers (as they were not allowed to brew coffee from the plant berries they harvested for their employers).

It seems this practice was ongoing long before the West got wind of it. It was only in 1991, that Tony Wild, then Coffee Director of a British company, introduced a mere kilogram of the unique coffee to the Yorkshire (England) press. Fascinating as it was, news of the marvelous cat poop coffee traveled fast across Britain, and later, to all corners of the globe. Catching on to the extreme marketability of their indigenous product, Indonesian businessmen and suppliers began production of this new coffee, popularly dubbed “Kopi Luwak” and supplied Europe, the United States, and other Asian countries at unimaginably exorbitant prices. Civet Coffee typically commands prices way higher than that of its soil-grown counterpart.

It so happened that about a decade later, Filipino suppliers put two and two together, that the “musang”, which Filipino farmers considered to be pests (as they consumed the ripest, superior coffee cherries as well as the chickens of the farmers), was the selfsame “luwak” in Indonesia that was a gold mine for sellers of its feces. Philippine-sourced Civet Coffee was born.

Not so fast. This is not a fairy tale where all’s well that ends well. Eager to render a highly irregular supply chain more predictable and consistent, feces collectors have resorted to caging and providing (also called “force-feeding”) coffee beans to the Civet Cat, a counterproductive practice, it seems.

For one, the animal is omnivorous. Philippine Civet Cats also live on chickens and other insects, among others, and, on bananas and papayas as well. These constitute a balanced diet for the animal, and thus contribute to its overall health and mental well-being. And wouldn’t it be commonsensical to assume that a healthy animal will also have a healthy digestive process? And that an imbalanced diet of pure coffee cherries would not strictly produce the same beans given out by a Civet Cat living on a balanced diet?

Second, the cat has a built-in radar for only prime coffee cherries, detected by smell, something a human being may have difficulty duplicating. Consequently, human-chosen berries fed to caged civets cannot be assumed to produce the same quality of excreted beans as those coming from wildly-roaming Civet Cats that handpick their own coffee cherries. As such, we can expect a difference in the excreted beans.

Third, Civet Cats are as wild as jaguars, giraffes and sperm whales in their unbordered natural habitats. Hence, it is not surprising that when caged, they have been filmed, observed and reported to incessantly pace their cages, harm themselves, and even die eventually. Not a good scenario to learn about when you’re about to drink your pricey cup of Civet Coffee.

Unfortunately, it has been approximated that quite a high percentage of Civet Coffee is from caged Civet Cats.

My Source of Civet Coffee

As a supplier myself, I made sure my source processes cage-free coffee beans (from wildly-roaming and wildly-living Civet Cats). After being made aware of the malpractices against them, my direction is to form business relationships only with sources certain to adhere to this standard. It is the goal of Civet Café Limited to contribute to / assist in / work towards the creation /standardization and implementation of Philippine- (and eventually internationally-) recognized / respected cage-free and authentic certification for Philippine-sourced Civet Coffee through alignment / working with locally and internationally relevant cooperatives / groups for the protection of the Philippine Civet Cat and local Civet Coffee suppliers, in order to ensure the preservation of balance in the ecosystem as well as the enjoyment of business profits this situation provides.

There have been calls to ban Civet Coffee production altogether to protect the Civet Cat, but there is an upside when the source is wildly-roaming — the preservation of the primary forest (long-untampered forest ground), the Civet Cat’s role as seed dispenser (seed scattering) and prey animal consumer (thus balancing the predator-prey ratio), resulting in preservation of the balance in the ecosystem.

In addition, we are able to enjoy a unique coffee experience and provide additional income for Civet Cat feces collectors and suppliers.

Yes, it sounds like a dream, compared to the reality, but it’s worth dreaming, worth aiming for and worth working for.

And this, Civet Café Limited aims to do.